Last time I wrote to you, dear family, on the topic, “What is Christian Baptism?” Remember that the distinction between Christian Baptism and other baptisms isn’t necessarily in the form, but in whose name we are baptized. In Christian Baptism, God’s name—Father, Son, and Holy Spirit— is placed on us and we are named as His own! Pretty cool, eh?

This time I want to tell you about the way Christian baptism relates to the Old Testament covenant of circumcision. What was circumcision? It was a sign and seal of a faith-filled, spiritual reality of the bond between God and His people. It was the physical sign that Israel belonged to God and lived under His covenant promises.

In Genesis 15, God made a world-changing, covenant promise to Abraham, and “Abraham believed God.” (Gen 15:6)  Then, in Genesis 17, God gave Abraham the sign of circumcision to confirm and seal that promise. Paul talks about this in Romans 4:11: “Circumcision was a sign that Abraham already had faith and that God had already accepted him and declared him to be righteous—even before he was circumcised.”

This is exactly what God has done for us in Christ! Paul says in Colossians 2:11–14, “In him also you were circumcised with a circumcision made without hands, by putting off the body of the flesh, by the circumcision of Christ, having been buried with him in baptism, in which you were also raised with him through faith in the powerful working of God, who raised him from the dead.” Now, instead of circumcision, God proclaims His covenant promises by giving us the sign and seal of baptism.

The sign of baptism points to God’s gospel promise: “… that our entire salvation rests on Christ’s one sacrifice for us on the cross.” (Heidelberg Catechism 67)  His grace is amazing and His gift changes everything!

Next month we will look more closely at the relationship of baptism and faith. May the grace of our Lord Jesus Christ continue to transform us all. 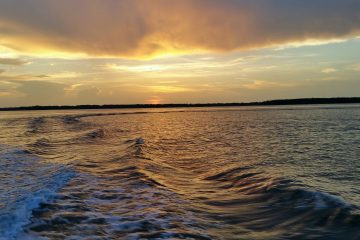 On Baptism… A few weeks ago we had the wonderful blessing of celebrating baptism in the church. As a Reformed church, we understand baptism in a covenantal sense—that is, we recognize that it is the sign Read more…